THE WAY OF THE WRITER: What can VW's l'il Darth Vader teach us about storytelling? 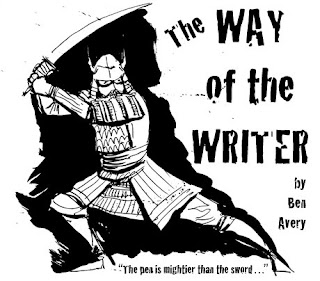 I love this ad. I'm not the only one. Not by a long shot. There's a reason they "leaked" this ad before the Super Bowl . . . they knew it was gold, and didn't want it to be lost in the shuffle:

So, aside from being cute and making my nine-year-old giggle like a mad man . . . what can this teach us about storytelling?

A couple things. First, it has to be said, this commercial is great because it is a one minute mini-movie, and it has an definite beginning, middle, and end. The character wants something, the character works hard toward getting that something, and the character grows in the process as he achieves his goal. Hilariously. There's even a three act structure in there. But I'm not going to get into that . . .

But here's what I was thinking about:

This commercial uses the icon of Darth Vader to hilarious effect. And it works. Why? Because we know the character. The imposing, powerful visual of Darth Vader is not just a part of pop culture, but culture in general.

This is why the original trilogy worked.

And why the prequel trilogy didn't.

No, I'm not going to get on a "the prequel trilogy stunk" geek rant. I have my podcast for that. (If you haven't listened to the podcast, you should. I think you'd like it. It's a few friends just chatting about pop culture stuff, with some comedy "sketches" thrown in for fun.) First of all, it's an easy target. But I want to get into one detail: those prequel movies have so much exposition. So much of those movies rely on what is TOLD to us.

"Show, don't tell" is a common mantra in writing books. And for good reason. Let's look back at the VW ad. Whether you are a geek or not, most likely it worked for you. (Unless you have no soul.) (Just kidding about the soul bit. Of course you have a soul. It's just a dark, bleak one.) (Again, just kidding.) I'd be willing to bet that someone who has never seen Star Wars would get this commercial. Why? Because you know this kid really, really wants to have the force and be able to make things come to him . . . or knock things over . . . or make the dog bend to his will. Why? Because we SEE that. There is no dialogue. No narrator telling us "all he wanted was to have the power". The kid never says to Mom "I wish I had the force". Dad doesn't explain his actions.

In the prequels, Anakin and Obi-Wan TELL us that they're good friends, but we only ever SEE them fighting. Padme TELLS Anakin she's in love with him, but all we ever SEE is how believably she recoils from him.

The commercial is 100 times more entertaining than the prequels, because we SEE what we need to know. :)

That bugged me: I wanted to SEE Obi-Wan and Anakin have adventures together, not be TOLD that they did. i wanted to see their friendship, so it was that much more painful when it fell apart. Instead of being a joke.

But see, fans have been writing these stories in our heads for 20 years. Again, why? Because things were very open ended and left to the imagination.

Back to the commercial: why did the dad do what he did? To help the little guy out? To play a trick on him? A little of both? It's not stated explicitly, and there's room for interpretation. Again, good storytelling.